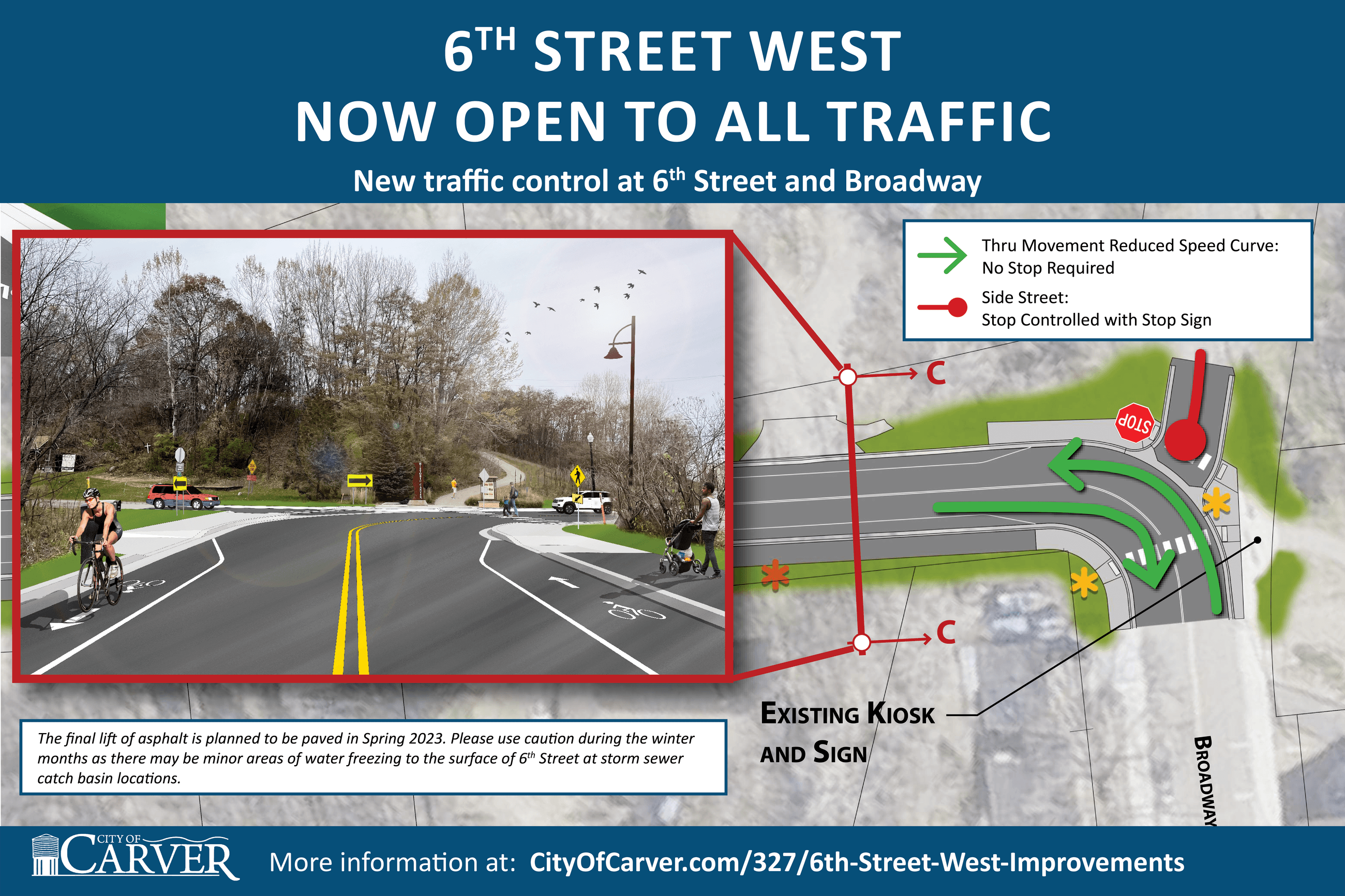 6th Street West is now open to all traffic after several months of closure for major improvements to the corridor. Since September, water services, storm sewers, street and trail lighting preparation, and various utilities were installed. Curbs were placed, and most recently, street, trail, and temporary driveway paving within the corridor concluded. The roadway reopened on November 23. Final paving and restoration work will take place next spring. This improvement project is expected to be complete and fully functional by Summer 2023.

Project updates can be found in the 6th Street West Construction Updates section on this page. 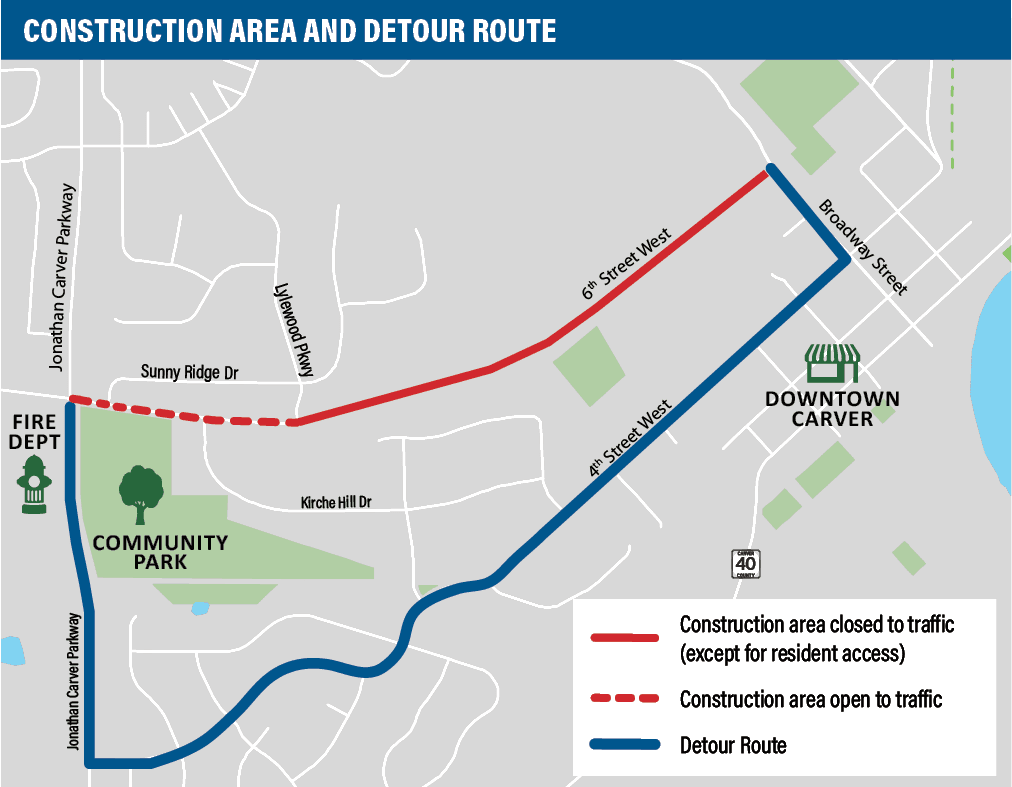 What is being built?

Improvements include rebuilding the roadway, improving the storm sewer network, and upgrading the pedestrian facilities along the corridor. Other updates will be made at this time to enhance the functional uses, safety and visual quality of the corridor, such as striped bike lanes, additional lighting and adjustments to key intersections.

Other improvements being made by the city with this rehabilitation effort are intended to enhance the functional uses, safety, and visual quality of the corridor including the following:

The City of Carver was successful in a competitive grant pursuit and received $1.25 million in State Funding to reconstruct 6th Street West from Jonathan Carver Parkway to Broadway Street. This roadway serves as a primary route between Downtown Carver and Highway 212 and provides access to many key destinations, such as Carver Fire Department and the city’s largest community park.

In addition to the deteriorating pavement in need of repair, this roadway consistently floods, causing:

Public engagement has occurred with directly impacted residents along the corridor, with additional information releases planned to update the community on the project details as they are further defined and prior to construction. 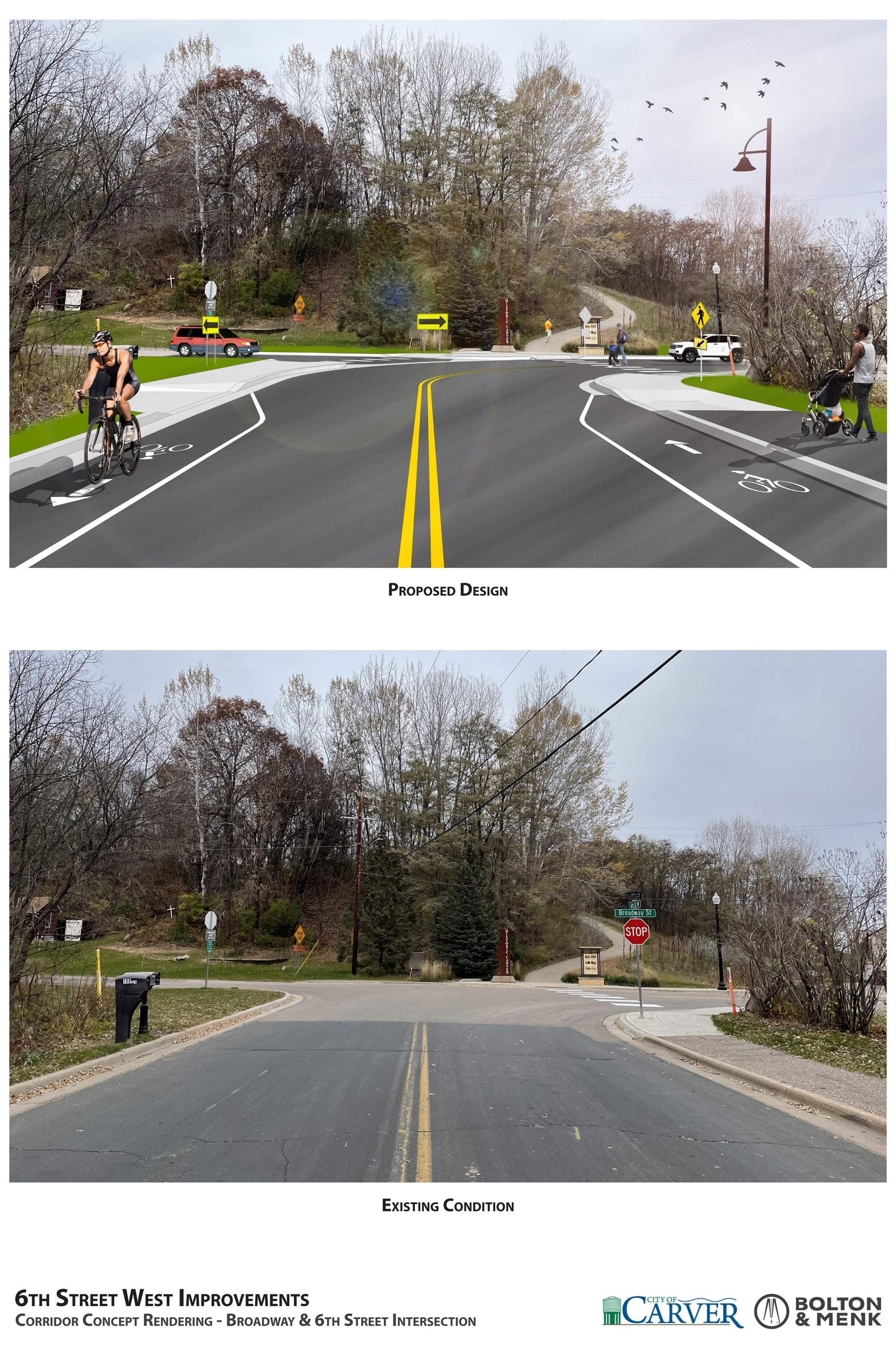 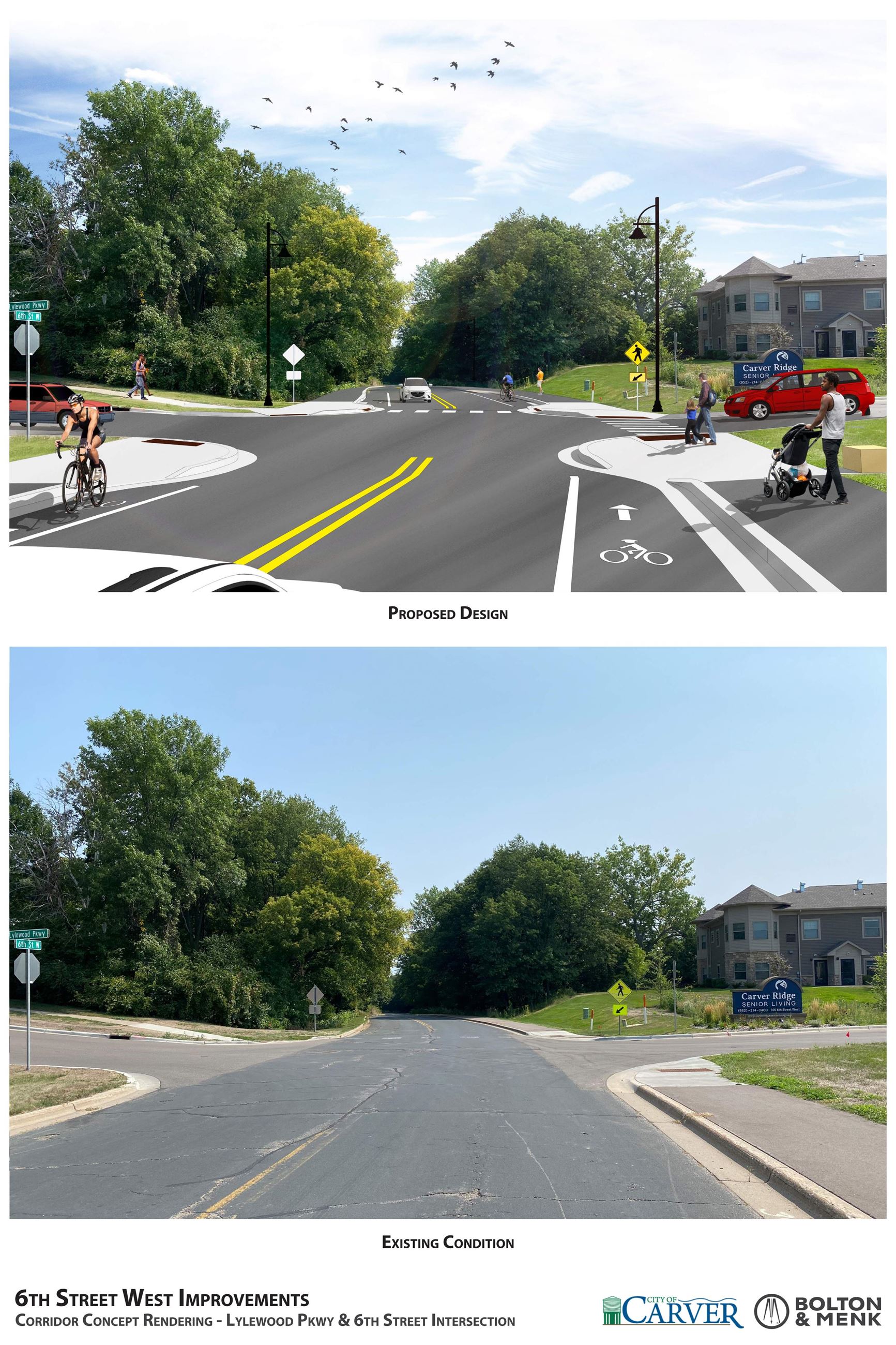 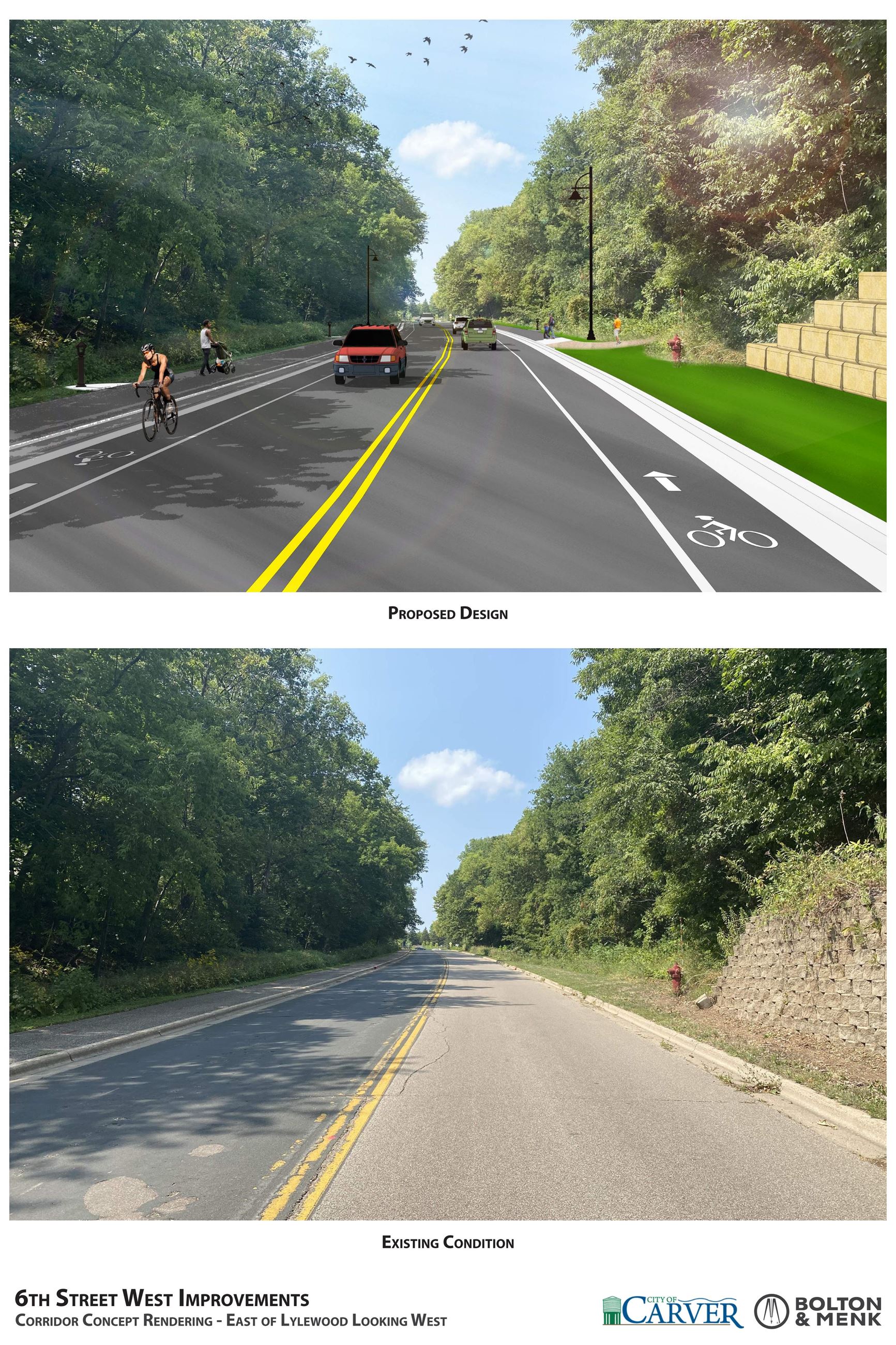 Schedule: Construction began in July, and the road re-opened to traffic in November. Minor work to be completed in Spring 2023.